The hierarchical map below is a schematic representation of an economy, showing how energy or entropy flows through the system created ordered inter-dependent structures.   As more resources become available, or because resources are used more effectively, the structures that emerge are more ordered. As a consequence, the more effective structures dominate the economic landscape. The fundamental difference between a complex and a simple economy is not just that the GDP is higher, but that the complex economy is more ordered and more distant from equilibrium. The human agent, and the inter-dependent agent structures that form, are the actors that shape economic life. The following diagram of an economy shows the nested structures within nested structures such as cities within the economy nesting firms, nesting etc. The arrows represent energy and resource flows, between levels and within the nested levels of the economy.  For example, food is a concentrated energy source carrying the bits, that passes from the producer to sustain the replicating cells within the consumer. 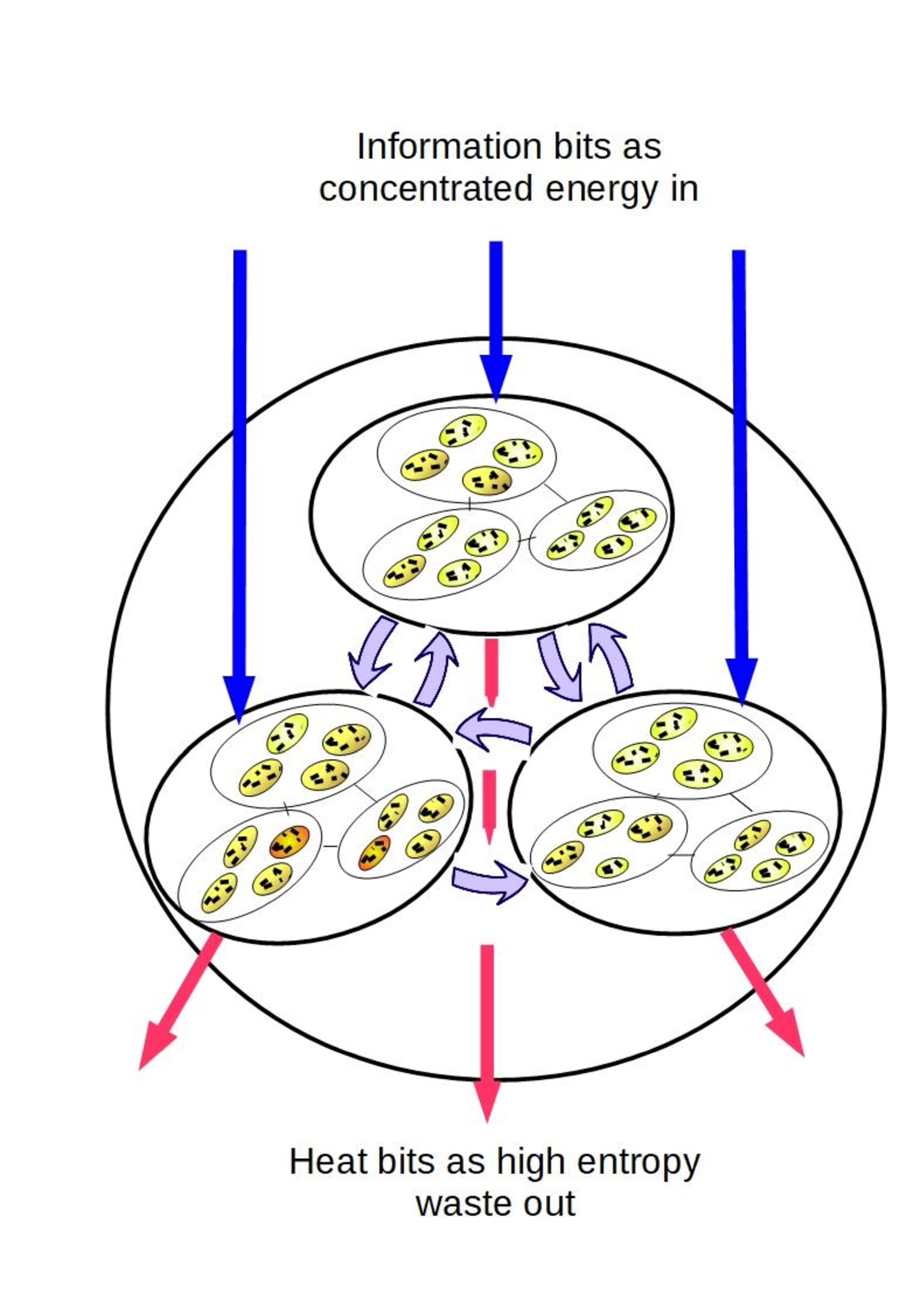 The degree of order of the economy existing in a far-from-equilibrium macrostate, where the instantaneous microstate is εi , is the distance from death and decayed equilibrium macrostate. In bits this is,
Dord = H(εi)- log2Ω, where Ω is the myriad number of microstates in the equilibrium set of states. To be sustained in the homeostatic macrostate, species carrying bits in the form of stored energy must enter the system. providing the computational resources to restore the degrading microstates of the system and rejecting high entropy waste.  However, as the diagram represents a computational network, the arrows within the system represent bits in partially degraded species being reprocessed by nested economic structures.

Other scientific approaches to an economy, such as the information approach of Ayres, the control information developed by Corning and Klein II and low entropy human systems as discussed by Chaisson can also be interpreted from an AIT perspective.

Because energy and resource flows are endogenous, the algorithmic approach highlights the environmental choices that need to be made. For example, it is impossible to lift the poorer nations of the world out of abject poverty without the increasing energy use, with the consequential threats to the homeostatic state of the global economy.